Acupuncture has been employed as a health care modality for over 3,000 years. Modern science has begun to understand the secrets of this ancient medicine with the support of new studies conducted by leading scientists, hospitals, and medical research facilities from all over the world. Today, acupuncture is receiving wide acceptance as a respected, valid and effective form of health care.

According to a study published in the Archives of Internal Medicine, 51% of medical doctors understand the efficacy and value of acupuncture, and medical doctors refer patients to acupuncturists more than any other alternative care provider.1

In Canada, a 2008 study conducted by the Institute for Work & Health concluded that low back pain, the most common musculoskeletal problem, can be relieved by acupuncture massage, called Tui Na, more effectively than any other treatment.2

A German study published in Archives of Internal Medicine in 2007 covered the largest and most rigorous trial ever undertaken to investigate the analgesic effects of acupuncture versus traditional medical approaches to relieve lower back pain. This study involved 1,802 patients and 13,475 treatments and concluded that acupuncture “constituted a strong treatment alternative to multimodal conventional therapy, giving physicians a promising and effective treatment option for chronic lower back pain.” 3

In addition to its effectiveness in pain control, acupuncture has a proven track record of treating a variety of endocrine, circulatory and systemic conditions.

The British Medical Journal in 2008 reported that acupuncture can increase the success rate of in-vitro fertilization and increase the number of viable pregnancies. The additional benefits were listed as reduction in nausea and muscle pain associated with both IVF and pregnancy in general without the use of drugs that might harm the growing fetus.5

In Sweden, a 2008 study involving 215 cancer patients proved that acupuncture can eliminate the need for additional drugs and reduce nausea suffered during radiation treatments.4

A 2007 study from the University of Heidelberg in Germany concluded that acupuncture treatments can not only relieve the pain associated with bronchial asthma but also help to control outbreaks of allergic asthma as well. It became clearly evident that “acupuncture performed in accordance with the principles of traditional Chinese medicine showed significant immune-modulating effects.” 6 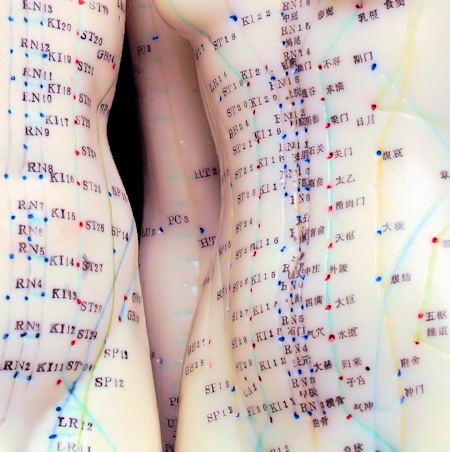 “There is sufficient evidence of acupuncture’s value to expand its use into conventional medicine.”

Current Theories On The Mechanism Of Acupuncture:

Acupuncture affects higher brain areas, stimulating the secretion of beta-endorphins and enkephalins in the brain and spinal cord. The release of neurotransmitters influences the immune system and the antinociceptive system.7,8,9

Acupuncture stimulates the release of norepinephrine, acetylcholine and several types of opioids, affecting changes in their turnover rate, normalizing the autonomic nervous system, and reducing pain.10,11

Acupuncture effects the electrical system of the body by creating or enhancing closed-circuit transport in tissues. This facilitates healing by allowing the transfer of material and electrical energy between normal and injured tissues.9

Acupuncture affects the blood concentrations of triglycerides, cholesterol, and phospholipids, suggesting that acupuncture can both raise and diminish peripheral blood components, thereby regulating the body toward homeostasis.9

Acupuncture activates non-nociceptive receptors that inhibit the transmission of nociceptive signals in the dorsal horn, “gating out” painful stimuli.12

This ancient health care system is proving itself as an effective modality for a wide variety of problems. So much so that the National Center for Complementary and Alternative Medicine (NCCAM) awarded 8 grants that directly relate to acupuncture, Chinese herbal medicine and traditional Chinese medical research, totaling more than $9.5 million dollars.

Use the search box to find the product you are looking for.